by Lakes of Canada 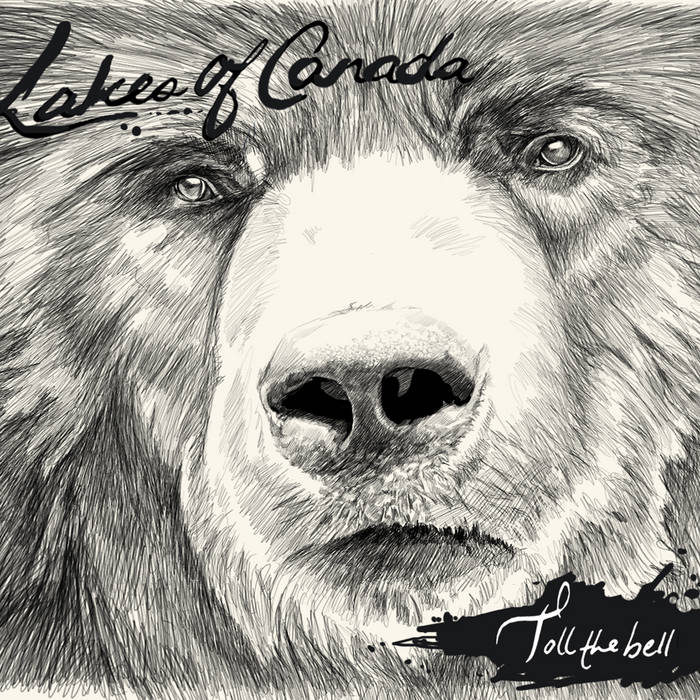 Jarrod Norton there sound has a certain uniqueness to it,and the lead singers voice compliments this perfectly . The whole album is very good, but hemingway stands out to me as the best Favorite track: Hemingway.

“The music is energetically grandiose, with choral and orchestral folk-rock evoking the classical origins of the concept album in oratorios and orchestral tone poems.”
-Mike Doherty, The National Post

“It’s almost as if there’s a common, explicable, perceivable bond between dystopian literature and music made about a dreary fucked-up future. Maybe there is. Or maybe Lakes of Canada stumbled upon something big here.”
-Dave Jaffer, The Huffington Post

“Turns out Lakes of Canada have fine tuned their sound, going for a huge gospel-folk-pop thing. It just might be the best music I have heard out of Montreal in years, and people are taking notice in a big way.”
-Two Way Monologues

Montreal-based Lakes of Canada was founded in 2010 by Jake Smith (lead vocals, rhythm guitar, percussion) and Conor O’Neil (drums, vocals) as a “Simon & Garfunkel”-esque folk-pop duo performing Smith’s songs at various cafés and bars around town. The past four years have seen Lakes experience a dramatic shift both in style and membership: with a heavier, indie-rock sound infused with gospel/soul influences, Lakes have added the likes of lead guitarist Tim Dobby, Sarah Morasse on keyboards, vocals, flute and harp, and, former Honheehonehee front-man Greg Halpin (guitar, bass, vocals, percussion). Lakes of Canada maintains their commitment to vocal harmony (around which the band was created), but with a rich instrumental complexity befitting a classically-trained group of musicians.

Having recently recorded their second full-length album (a concept album inspired by Margaret Atwood’s “The Handmaid’s Tale”) at Breakglass Studios under the expert guidance of producer and Besnard Lakes frontman Jace Lasek, Lakes of Canada looks to build on their past successes, such as being voted #2 Best Local Folk Act, #2 Most Pretentious Local Act, and #10 Best Local Act in CULT Montreal’s “Best of Montreal 2014” reader’s poll, and winning the Greenland Productions award for “Best Band of the St-Ambroise Montreal Fringe Festival” in 2012. They are currently in the process of preparing for the October 2015 launch of their Margaret Atwood inspired second album, “Transgressions”. Some notable past Lakes of Canada festival performances include: POP Montreal, Canadian Music Week, Festival Folk sur la Canal, St-Ambroise Montreal Fringe Festival, and NXNE (among CBC’s picks of the festival).

“An epic rich in detail and passion, Lakes of Canada have a Canadian classic on their hands with Transgressions. 9/10″ – Exclaim!

“The music is energetically grandiose, with choral and orchestral folk-rock evoking the classical origins of the concept album in oratorios and orchestral tone poems.” – The National Post ... more

Bandcamp Daily  your guide to the world of Bandcamp